Morocco’s Sahara desert can be observed from a distance on your private Marrakech desert tour 2 days to Zagora.
There is no better desert trip from Marrakech than this: It takes you to the Saharan landscapes of the Draa Valley and Zagora desert. Driving over the Atlas Mountains and walking to Kasbah Ait Ben Hadou.
Enjoy a stunning sunset while riding your camel. Then, at night, join the Berber nomads playing the Tam-Tam around the campfire.

Those would be the highlights of your Marrakech 2-day desert tour.

An air-conditioned 4×4 or van is driven by an English-speaking guide.
Get picked up from your Marrakech hotel / Riad.
An evening camel ride.
Overnight at a Sahara desert camp in Zagora ( Private tent ) with shared showers and bathrooms.
Dinner and breakfast are included.
You can upgrade to a deluxe tent with an ensuite tent when booking your desert tour ( €70 per person ).
Sunrise camel ride
Drop off at your Marrakech hotel or the closest accessible location to the Marrakech riad if it’s not car accessible
Entrance fees
Tips and gratuities

This is the Itinerary  of the Marrakech desert tour  2 days :

Your desert tour departs early in the morning between Marrakech and Zagora at 07h30 from your hotel/riad to Zagora through Tizi Ntichka Pass (2260 meters above sea level) through Berber villages.

Marrakech desert tour 2 days will include several stops to take pictures, take in the surroundings, or just relax while sipping a hot cup of mint tea.
After arriving at Kasbah Ait Ben Hadou, enjoy a brief tour of this world heritage site which was previously used as a filming location for several Hollywood epics like Gladiator and Lawrence of Arabia.

The local village will be visited at leisure by a local guide for an hour.
During your leisure lunch at the Kasbah Air Ben Hadou, or further on in Ouarzazate, you will drive past the Anti Atlas Mountains, Agdez Berber Village, and the Draa Valley, which is covered with hundreds of thousands of date palm trees.

One of the largest date palm plantations in Morocco is in the Draa Valley
The trip to Zagora starts late afternoon with a camel trek over the Zagora Desert and a spectacular sunset before driving your camel back to your Sahara desert camp for a Moroccan dinner under the stars.

We wake up early for a camel ride and sunrise watch and take a traditional Moroccan breakfast. travel to Ouarzazate, where you can visit the Tourirte Kasbah before lunch at leisure, before returning to Marrakech via the Tizi Ntichka pass. Your tour of Marrakech to the Zagora desert will culminate by being dropped off at your hotel in the late afternoon. 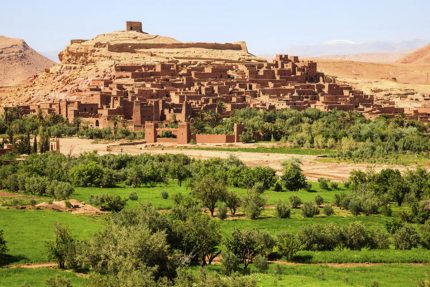 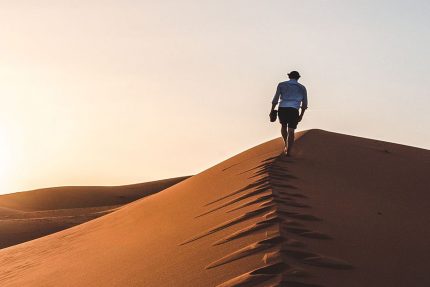 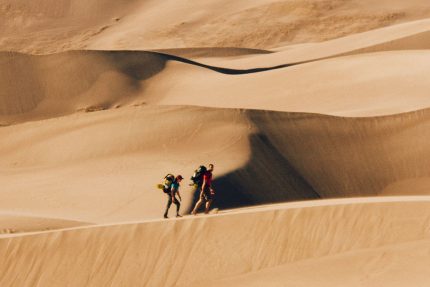 Marrakech sights is a brand of a fully licensed & bonded tour company based in Marrakech. We are specialized in organizing Morocco desert tours, and day Trips.